History of the Glorietta Bay Inn 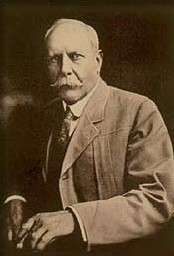 John Dietrich Spreckels (pictured to the left) did more than any other individual in San Diego's history to help the city prosper. His visionary leadership helped put San Diego on the map of national and international commerce. Convinced by local civic boosters that San Diego was ideally located for commerce, Spreckels at the age of 34, began investing in the community. He bought the utility company, street car system, water company and established the San Diego & Arizona Eastern railroad, opening San Diego to the east.

Spreckels dedicated much of his energy to building San Diego, but his love was Coronado Island. As a part of his many acquisitions, Spreckels invested $500,000 in the Coronado Beach Company which had developed The Hotel del Coronado, and by 1890 he held controlling interest in the hotel. Within the next decade he owned all but five parcels of Coronado Island and North Island. Spreckels gave the city its library, several parks and its largest commercial building, the Spreckels Building on Orange Avenue. 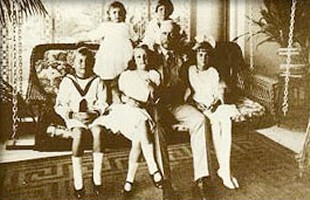 It was on Coronado Island that Spreckels built his dream home on five acres of land overlooking Glorietta Bay across from the Hotel del Coronado. In 1906, Spreckels, 53, contracted Architect Harrison Albright to design and build the Mansion. The building, designed with the simple, classic lines of Italian Renaissance, was complete in 1908 with six bedrooms, three baths, a parlor, dining room and library at the cost of $35,000. At that time, Spreckels' Mansion featured a brass cage elevator, a marble staircase with leather-padded handrails, skylights, marble floors and some of the Island's most spectacular gardens. The home was built with reinforced steel and concrete, an earthquake precaution Spreckels insisted upon after living through the 1906 San Francisco earthquake.

In 1913, Spreckels, a dedicated musician and pipe organist, added a spectacular 800-square-foot Music Room with an enormous 41-rank Aeolian Pipe Organ. The horseshoe-shaped Music Room, which can be enjoyed today with its player piano and as the starting point of a historic tour of Coronado, boasts nine French doors which lead out to the breakfast patio overlooking Glorietta Bay and the Hotel del Coronado. A second addition that same year was the third-floor Solarium, which was used as an entertainment area until Spreckels' death in 1926. 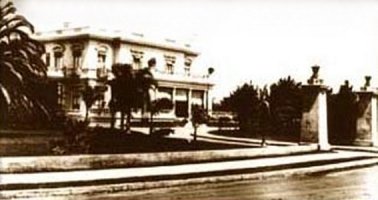 In 1928, the Mansion was sold to Ira Copley, the newspaper syndicate owner and founder of today's San Diego Union-Tribune. Copley renamed the Mansion "Dias Alegres" - or "Happy Days". From 1928 to 1949, Mr. Copley made only minor changes, including adding bedrooms and enclosing the third-floor Solarium.

In 1949, local Realtor Louis deRyk Millen purchased the Mansion. At that time, the estate featured two garages with seven car stalls, a gasoline pump and tank, a large plant house and beautifully landscaped grounds displaying a magnificent rose garden. Soon after purchasing the Mansion, Millen began renting out the rooms in the European bed-and-breakfast fashion, and the Mansion became known as Millen Manor. He then sold the property to Barney Padway, who started to add the surrounding buildings, which today provide 89 contemporary guestrooms. A real estate partnership owned the property briefly after Mr. Padway.

In 1975, the current owners, three San Diego businesspeople, acquired the facility and embarked on a major modernization and historic renovation. The partners decided to operate the hotel as an independent and unaffiliated Inn in order to preserve its character and provide a high level of personalized service.

The Music Room, which had become floor-to-ceiling storage, was restored to its original glory. Its copper-clad glass doors were re-hung, and hardwood floors refinished, and period furnishings along with a baby grand piano were put in place to bring the Music Room back to life. Today the room offers guests a relaxing and historically perspective place to enjoy a complimentary Continental breakfast and afternoon refreshment. The Music Room has a guest library, games, and is the starting point for Coronado Touring, a 90-minute walking tour of The Enchanted Island. The Breakfast Patio, hidden beneath plywood, also was restored. When add-on balcony sunrooms were removed, workmen discovered the original facade with cast panels, copper gutters and concrete detail from the Mansion's glory days 90 years ago. The front Verandah Room took on its original porthole wall design with metal-framed picture windows fitted into the openings. The renovation became a true restoration as original details of the rooms were fully exposed and featured. Today the Mansion, which features 11 guest rooms, lobby and Music Room, looks as it did in the 1920s when Spreckels was at the height of his power in San Diego. 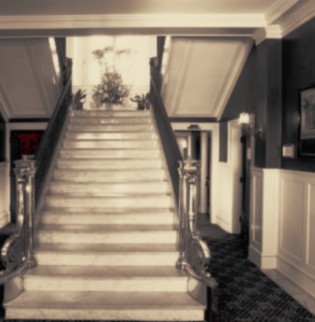 Along with renovations on the main level, the Glorietta Bay Inn's Mansion rooms also received a face-lift. Located on the second floor, the Spreckels Suite was the living room, sunroom and bedroom of John Spreckels. With its panoramic views of the bay and ocean, the room has been converted into a luxury suite complete with an efficiency kitchen off the living room. At one time connected to the Spreckels Suite is the adjacent Sugar Baron Suite, which was Mrs. Spreckels' master suite. The room now has a sleeping area overlooking the pool and Glorietta Bay. The Mansion Suite on the first floor was created from a large patio overlooking the tea gardens and the butler's pantry. The suite now has a patio, bedroom and sitting area. The only other guestroom on the main level of the Inn was once the library. It still maintains the feel of the library with warm woods, a fireplace and peaceful location away from the reception activity on the first floor.

Six other rooms are located on the second floor, each one unique in its decor. These were the rooms of Spreckels' children and grandchildren, who often spent their summers in Coronado. All of the rooms have kept the original light fixtures and, where possible, hardware and fixtures have been maintained or replaced with circa 1920 period pieces. A few rooms still have wall safes dating back to the early 1920s. The third-floor Solarium, which was Spreckels' retreat for study and introspection, is now the Penthouse. With 1,000 square-feet of space, the Penthouse offers some of the best views from the Island.

In 1977, the Mansion was designated a Coronado Historic Landmark by the Coronado Historical Association. In 1997, Glorietta Bay Inn received the Golden Hibiscus Award from the City of Coronado for Excellence in Historic Restoration. 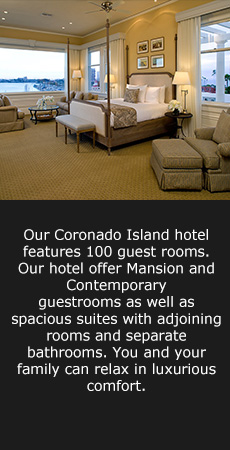 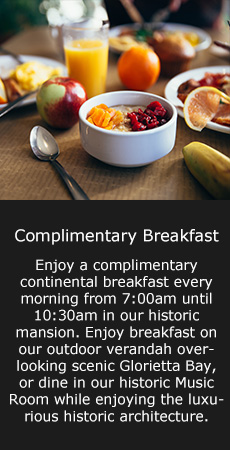 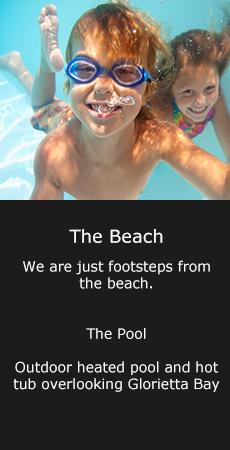 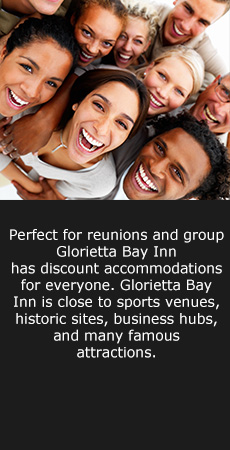 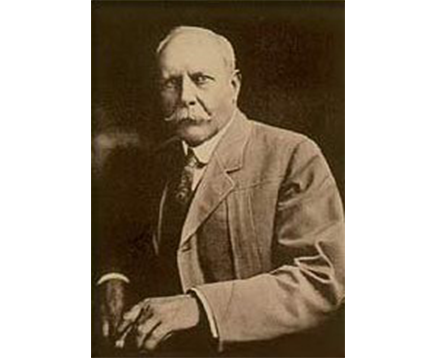 History of the Glorietta Bay Inn

John Dietrich Spreckels (pictured to the left) did more than any other individual in San Diego's history to help the city prosper. His visionary leadership helped put San Diego on the map of national and international commerce. Convinced by local civic boosters that San Diego was ideally located for commerce, Spreckels at the age of 34, began investing in the community. He bought the utility company, street car system, water company and established the San Diego & Arizona Eastern railroad, opening San Diego to the east. CLICK TO READ MORE